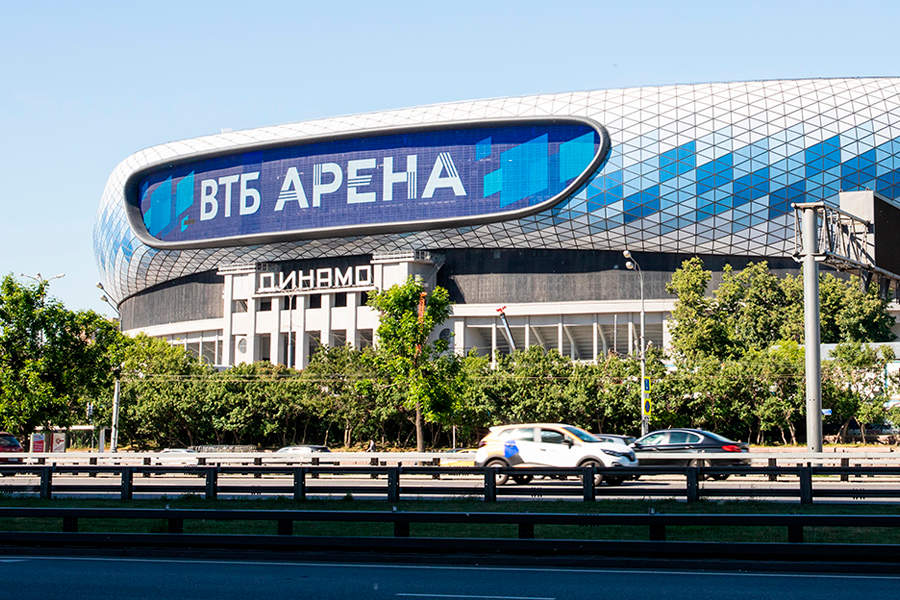 Dynamo Central Stadium (VTB Arena) is Moscow’s titanic sports complex with enough room for an ice arena, soccer field, and the hosting of mass events like concerts, shows, and festivals. The venue’s security is a challenging and serious task that our strategic partner CROC managed to address with excellence.

> How to control stadium security?

This is the crux of the matter, when building or reconstructing similar sports facilities. The stadium now has all security measures in place as required by the special regulations, which was initially meant for the stadiums that would host FIFA World Cup, and later extended to cover every large sports venue that hosts mass events. If a stadium does not meet the requirements, no sport event will be hosted there.

CROC team made a 1.2+ km long security perimeter at VTB Arena and equipped a number of checkpoints with inspection tools, ticket and pass card based access control, and video identification systems.

> Checkpoint with a video identification system

With tickets on hand, fans pass through turnstiles equipped with readers. Blacklisted by the stadium, fans shall not pass at this point, even if the ticket is valid. The next point is the inspection zone, where door frame and portable metal detectors help find prohibited items like alcohol, flares, and explosives.

People with reduced mobility, for example, wheelchair users, can easily enter through separate automatic gates. Ticket readers and video identification elements are installed at a lower height, thus accelerating inspection and making it more comfortable. Checkpoints also have additional detectors to inspect wheelchairs, while entries and exits have ramps and tactile paving.

The stadium is filled to its capacity in one hour with no crowds at the checkpoints. After any event, all gates are open and fans can leave the stadium even faster, with no waiting, pushing or shoving.

Fans can leave their personal belongings and drinks in the automatic lockers occupying two facilities, each having 130 units accessed via an SMS code. Each locker room has a blast inhibitor. It is a special purpose box to cover suspicious objects, capable of reducing damaging shock waves.

After the inspection area, fans navigate to the stadium’s sectors, while stewards are always there ready to help people find their way.

Visual inspection at the entrance gates and inspection areas is ensured through cameras. All integrated security systems forward information to automated workplaces, thus allowing for a quick response to any emergency.

Order and discipline in the spectators’ area are observed not only by stewards, but also by panoramic surveillance cameras inside the stadium bowl, allowing for real-time situation monitoring, as well as zooming in any particular person to see the face clearly. Every fan is in plain sight.

For example, if a fan starts a fight or breaks and throws the seats, high-definition cameras will see that. The photo of such a person is printed out and forwarded to the security service, which, eventually, blacklists the disturber.

The stadium has a vehicle checkpoint with five lanes, 13 vehicle screening areas, and a capacity of 360 cars per hour. An automated parking management system registers vehicle arrivals and departures and, in addition to plate number, transmits to guards the place, time and date of a car’s passing, as well as photo and video evidence.

An automatic barrier, which is part of the system, prevents cars from re-entering the stadium’s territory without registering their departure first. During sport games and concerts, the parking lot is not available for the mall visitors.

NNTC, jointly with CROC, provides security solutions for large facilities. We are ready to implement any of the above solutions at your site.