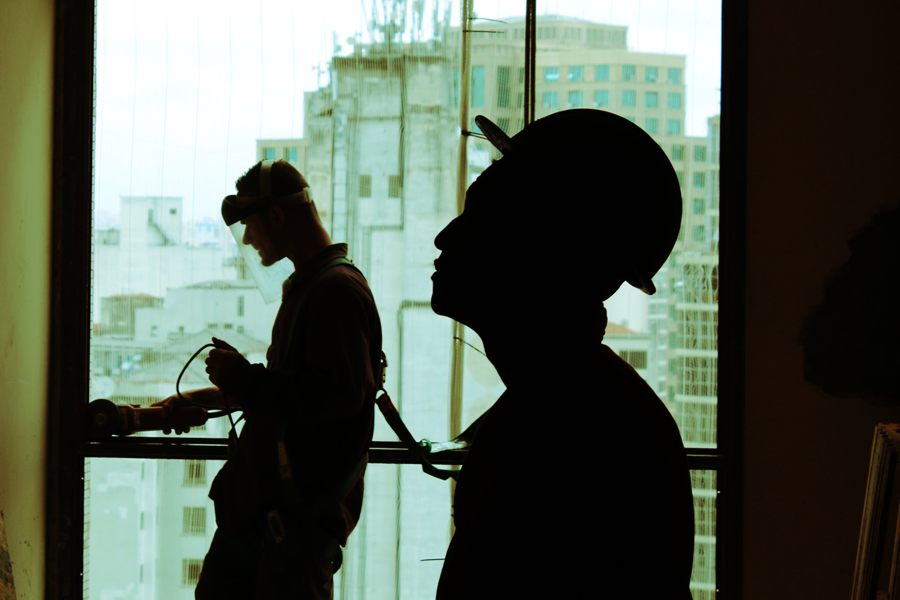 A mess on a construction site is quite a common thing and can be tolerated to some extent if it is an organized mess. However, when this mess creeps into core processes, a construction site turns into a hurrah’s nest, and a developer faces the risk of large penalties, downtime, and even death toll.

In this blog, we’ll tell you how CROC, our strategic partner, implemented a face recognition system on a construction site to automate employee attendance and eliminated morning queues.

One fine, sunny day, when the site was buzzing with activity and dozens of workers were moving around cheerful and positive, a former workman penetrated the site. He passed through a checkpoint, greeted a guard who knew him well (but did not know that he had been fired already), entered the territory, and went to his friends. Half an hour later, a fire was burning, with the workers drinking tea, resting, and enjoying their lives.

The problem was that they made the fire near two gas cylinders, one of which suddenly exploded. Neither warning nor alert. Just exploded, and that’s it! Fortunately, people were just shocked, not injured, but a police came to the site the same day and initiated an inspection, which revealed some unpleasant facts for a contractor:

How to solve a problem?
Initially, the construction site was equipped with just run-of-the-mill employee recognition systems:

Therefore, it was the time to try video analytics.

Each turnstile is equipped with two cameras: one aimed at incoming people, and the other, at outgoing.

There is a small cooled server room on site, having a rack with two servers and a switch. The first server receives video stream from cameras and identifies frames containing faces and being of the best quality. The second server receives these “clear” frames with faces and runs a recognition algorithm to find a match in a database.

If a frame contains only one face and this person is authorized to pass through, then the turnstile opens. Otherwise, a guard is alerted.

No Internet connection is needed for the system, just a copper cabling on site. However, if connected, the system allows for continuous monitoring, email reports, and remote second line support for operators.

In addition, every evening, executives get a report on how many people were scheduled for work and how many arrived actually. It is very important since contractor’s favorite trick is to schedule 50 workers, provide only 30, and then report on 50.

Moreover, this information — like 600 people scheduled, only 450 arrived — shows if a project is running out of time already. And you see it right now, but not a week or month later.

Morning queues have almost disappeared. Instead, it takes one hour for two turnstiles to let 700 people in, even including guard intervention cases. The customer enjoys reports on the actual number of people arrived at the construction site, which was a sad news for some of the contractors. Neither a $7,600 penalty nor work suspension for 14 – 90 days is pending now, with the system itself costing less than this penalty.

NNTC actively partners with CROC and implements face recognition solutions in GCC countries. If you are interested in this technology, feel free to contact our consultants.