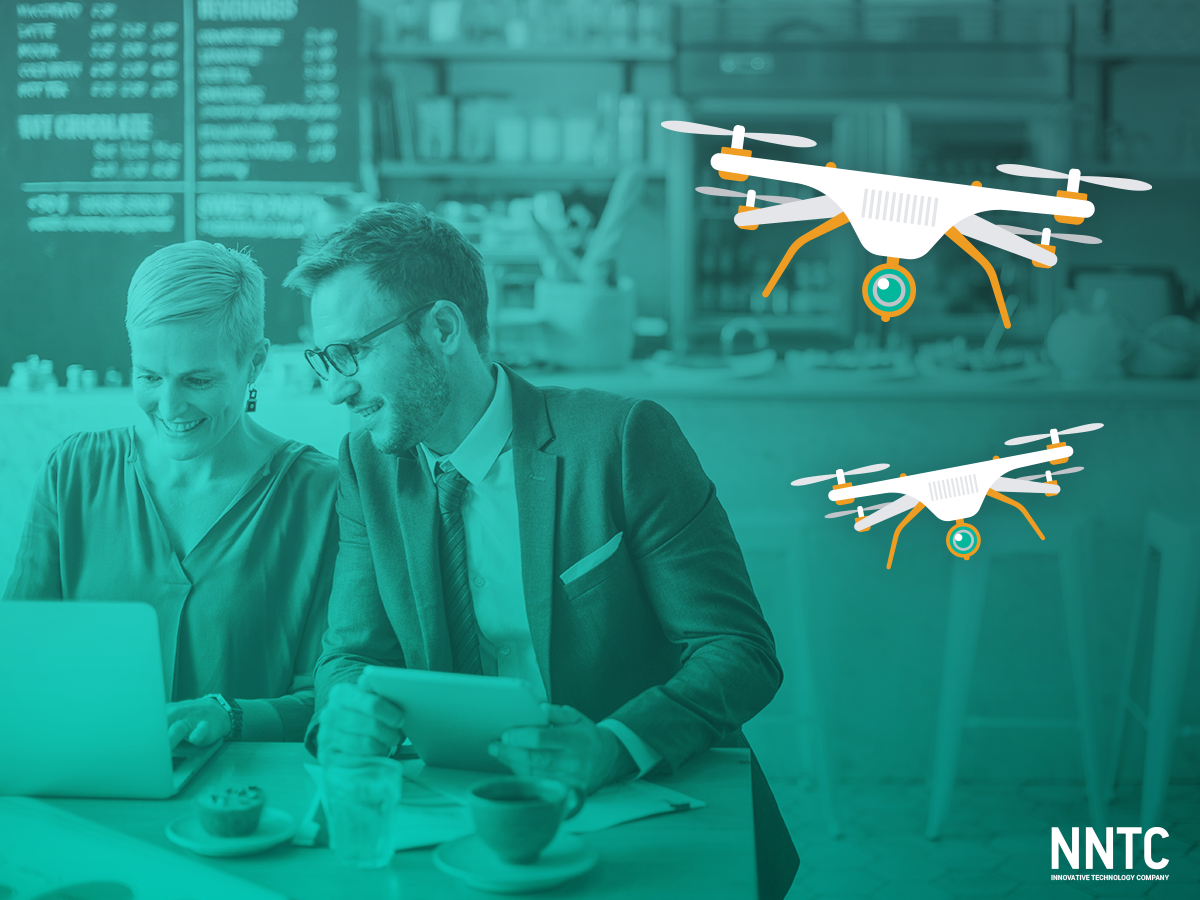 The term “drone”, which is widely used today to describe an unmanned aerial vehicle, and more particular, quad- and multi-copters, was coined in the 1920s to describe remotely controlled target aircraft used for firing practice.

Today, after decades, drones became one of the fastest emerging industries, mainly due to the advent of technologies like microelectromechanical sensors (sensors, which measures object orientation and movements, like gyroscopes, accelerometers, compasses), lithium-ion batteries, fast microcontrollers, and strong, but low-cost magnets. And like in any young industry, there are thousands of companies, startups, research, and development groups, who delivers myriads of ideas, technologies, products, and services. There are already leaders, and there are newcomers, a lot in drone hardware, many in related software, and services.

So, let’s look at what the drones are.

Basically, drones are, first of all, are autonomous vehicles. The degree of autonomy can be quite different:

Besides we all used to think, that the drones are flying machines, they actually are not limited to flying:

But currently, most of the drones, are flying machines, and there are several types of them, which are used for different applications:

Fixed-wing aircraft were the first type of drones used by humanity. These are airplanes, which uses wings to create lift and move through the air. Today this is the most traditional type of unmanned aerial vehicles (UAV).

The biggest advantage of fixed-wing aircraft is their energy efficiency, the capability to transport payload fast and far with little use of battery or fuel. For example, military surveillance fixed-wing drones can stay in the air for days carrying heavy cameras, radars and communication equipment.

Such capability in civil applications allows to perform a land survey of large areas, inspect hundreds kilometers of pipelines, power lines, scan thousands acres of forests in a single flight, search for mammals in the ocean and many others.

Of course, big advantage comes at the cost – while they are relatively easy to build, they need runways to takeoff and land, and experienced pilots to operate, and they have to keep the relatively high speed within operating range to stay in the air.

Copters are the most popular UAVs among consumers and most of the industrial users. The advantages of copters are numerous. They takeoff and land vertically, they hover and fly in any direction and with any speed. These capabilities make copters absolute leaders in aerial filming, consumer entertainment, industrial inspections, and myriads of other applications. The second advantage of copters is their mechanical simplicity: they are the easiest to design, and even easier to build. There are examples on youtube, where copters are built from just two sticks or even a bathtub!

And again, these technical advantages come at the cost: the best practical copters fly about 40 minutes and the rest majority only about 20-25 minutes. While it is not a big issue for the consumer, who take selfies, it is a limiting factor for many business applications Also, copters are impractical with heavy payloads (usually more than 3-4kg).

Helicopters are well known from the middle of 20th century as manned flying machines with capabilities similar to copters: hovering and flying in any direction. In 1990s radio controlled helicopters became popular among modelers, and at this point first attempts to use these models commercially made revolution in aerial filming. This was the first time when aerial filming became affordable.

Today unmanned and autonomous helicopters are still extremely popular in agriculture because of their payload capacity and long flight times. This leads to other helicopter applications: they are required where we need to carry heavy payloads while hovering. For example, powerful radars, high-quality cinematic cameras, precision lidars and etc.

The main drawback of the helicopters is their mechanical and maintenance complexity. But in heavy payload applications, they are less costly to procure and operate than copters.

VTOLs are hybrids of fixed-wing aircraft and copters. They combine the capability to takeoff and land vertically like copters but fly like planes. So, the main applications are the same as for traditional fixed-wing aircraft. VTOLs are very popular for long-haul deliveries, surveys, and many military applications. Airships and blimps were once popular in the beginning of 20th century being lighter-than-air aircraft. They have unprecedented energy efficiency, or the lowest battery or fuel consumption. They can move with the speeds up to 120km/h, can hover, and can carry heavy workloads. Currently, drones based on this type of aircraft are mostly experimental and rare. But it won’t be surprising to see them in the following years.