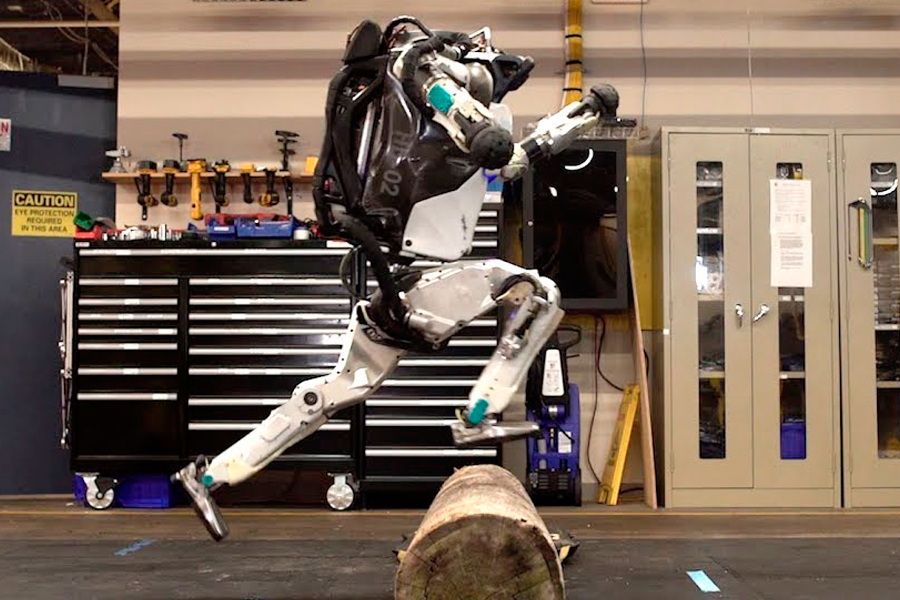 The year of 2018 brought us many AI discoveries. Let’s recall the most remarkable events of the expiring year and think about near-term prospects.

A neural network passed a reading comprehension dataset better than a human
An experiment held in January 2018 demonstrated the apex of AI evolution over the recent years. A neural network passed the Stanford Question Answering Dataset (SQuAD) containing 100,000 questions and deemed one of the most difficult cognitive data processing tests. AI gave 82.6% of correct answers, thus exceeding the best human result by 0.3%.

Investments in robotic business process automation
Investors are paying more and more attention to digital workers. In early March, UiPath, an RPA startup, raised 120 million dollars. According to Deloitte, the number of RPA projects will grow by 70% in the next two years due to their practical value and quick payback. Robots save a lot of business hours by optimizing routine processes and releasing people from tedious operations: they populate customer bases, process simple transactions, and answer easy technical support requests. The UAE also invested heavily in technology for improved government service delivery, and recently created the position of Minister of AI. The British University in Dubai launched the first Bachelor Degree in Artificial Intelligence, which tends to prepare more specialists who will work in the field of AI.

AI ethics committee
In 2018, large companies established new unconventional units called AI ethics committees. The initiative was supported by Microsoft, Facebook, Google, and SAP. These committees are to reduce risks of losing jobs by many employees after robot implementation, prevent the aggravation of economic inequality between robotized and not-yet-robotized companies, and develop generally accepted AI operation standards to avoid potential race or gender discrimination associated with the use of AI. The companies decided to make AI operation more transparent to people, exercise even stricter control over security standard compliance, and protect personal data better.

In 2018, Smart Dubai created Ethical AI Toolkit, which provides advice to individuals and organizations offering AI services. Smart Dubai has also launched AI Ethics Self-Assessment Tool – it aims to help AI developers and operators evaluate the ethical level of their AI system. Smart Dubai also plans to start discussions between companies in Dubai to form a unified understanding and reach common agreement on becoming more responsible on the use of AI.

AI can now memorize and recognize
It has finally happened: neural network has learned to memorize and recognize objects under different conditions: environments, viewing angles, and lighting. Thus, for example, a cactus seen by an AI in a desert will be easily recognized in a flowerpot on your window sill. Conventional neural networks cannot learn something new, while keeping old data. In 2018, AI was finally cured of its fatal forgetfulness.

Boston Dynamics anthropomorphic robots
Boston Dynamics robots have learned to run and jump over obstacles. Thanks to special software, they process videos in real time and keep balance with torso and limb movements. These robots can do somersault, stand on one leg, and run across any surface, be it asphalt, sand, or snow. In the nearest future, they will be able to replace people at hazardous enterprises or act as emergency rescuers.

Disease diagnostics and prediction
According to November announcement, AI can now predict Alzheimer disease at early stage by analyzing the tiniest changes in brain tissues. It appears that AI can identify symptoms six years earlier than a professional radiologist, thus giving doctors a chance to slow down or even stop the progress of disease. AI also helps detect clinical depression signs, diagnoses fractures, and estimates the probability of breast cancer or obesity.

Do you trust AI?
A study of how much (or little) humans trust AI was conducted in the very end of 2018. Scientists used machine learning algorithms to analyze interviewees’ psychophysiological indicators, such as heartbeat and electroencephalograms. Interviewees chose situations when they were ready to entrust themselves to a robot and when they, vice versa, preferred to take responsibility. Today, one human mainly interacts with one robot, while in the future people will have to coordinate their work with groups of robots, which will require higher level of trust to AI.

We believe in breakthrough development of AI-powered and virtual assistants in 2019. Dubai already got an AI-powered smart city advisor ‘Rashid’ this year, which responds to all user queries in Arabic and English, and can be activated using voice commands. AI has learned to solve problems of more complicated nature and interpret and memorize data better, thus allowing companies to embed AI in more processes. It is quite possible that, in 2019, AI will hold phone conversations with customers and AI developers will be in great demand.