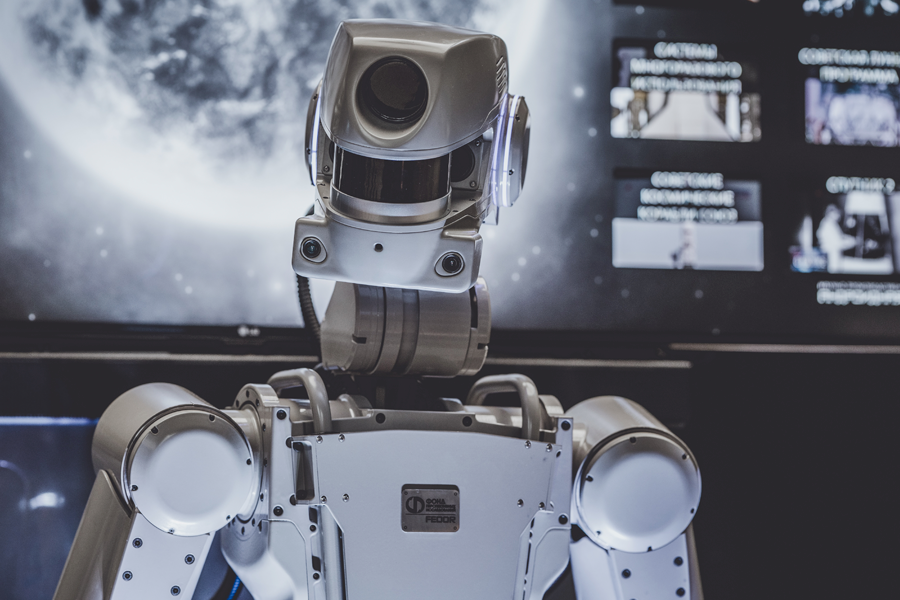 ROBOTICS FOR RETAILERS: TOMORROW IS HERE

Robotic Process Automation (RPA) is about optimizing individual processes and freeing up people for human-only tasks. Robots will never completely replace humans, that’s for sure, since feelings, emotions, and critical thinking are all beyond machines’ capability. However, robots excel at calculations and simple tasks – no hard choices or emotional investing.

According to PwC Middle East research, the AI market in the Middle East will rise to $320 billion by 2030. There is a strong focus on RPA of customer care services: in 2017, the Dubai Electricity and Water Authority (DEWA) announced recruitment of five robots to its Customer Happiness Centres. Retailers also tend to engage robots. Pepper, a world famous robot, welcomes visitors at several UAE banks and salespoints, defines customer’s gender and provides recommendations for a retail demo or special offers in the store.

For robots, the retail sector is an ideal testing field and promising application area. Just look at numerous use cases, like automated store shelve control (merchandising, stock and price tag checks) using robotic carts with optical recognition module – a godsend for merchandisers, or cashier workload calculation based on video analytics to better schedule salesforce working time in a shopping space. And what about PoS self-service payment system powered by face recognition? Such a fare system was rolled out in Chinese subway and Amazon Go self-service stores so we can say for sure that it really works.

In warehouses, robots handle and sort products. Besides other things, Amazon is famous for its robotized warehouses, promptly processing millions of orders every day. Dozens of robotized auto-loaders, as little as a common vacuum cleaner, easily move heavy shelve stands with goods to operators who just take necessary items from the shelves. As a result, with a help of a robot, one operator does the job of 6-7 persons, with order batching becoming cheaper as well.  With the routes determined in advance, robots avoid collisions and easily transport big shelve stands within a limited territory. Adler, a German clothing chain, leverages robots for warehouse inventory control. Every night, robots called Tory scan RFID tags on goods and generate stock reports.

However, robots cannot replace all sales personnel when it comes to a bit more sophisticated tasks, as we can see from Amazon’s experiment with robotized stores. The company tested its first Amazon Go stores back in 2016, with 10 such stores currently operating in the U.S. No cash desks, cashiers, consultants or queues there. At the entrance, shoppers scan their Amazon Accounts and at once find themselves among smart sensors.  The system tracks what goods shoppers take from shelves and how they move across the store, and automatically debits the necessary sum from the buyer’s account once they exit the supermarket. Despite the marvelous idea and company’s attempts to improve the system, the stores regularly face difficulties as tracking more than 20 people moving across the store turned out to be a real challenge for the cameras. If a shopper takes an item, reads a tag and then puts the item back, the system can lose sight of this item because of a changed location. In addition, you’ll hardly find alcohol in such a store because alcohol sales require shopper age identification.

AI improvement and education efforts may take a long time before innovators can introduce new generation stores operating without cashiers or other personnel. To address this challenge to a certain degree, we have developed an unusual motion detection (UMD) solution to identify shoppers’ atypical behavior. Here, the first implementation stage is all about UMD solution continuous learning based on real-life customer data, taking up to two weeks. The system collects data from video cameras and, after learning, can quickly detect atypical behaviors: a person is running instead of walking, stops where shoppers usually do not stop, zips a coat too slowly, carries a big backpack in his hand, or wears baggy clothes.

Another challenge for RPA adoption in the retail sector relates to vulnerabilities and hacking attempts – something both competitors and tech-savvy cybercriminals may exploit or opt for. Moreover, any Internet-connected system is exposed to DDoS attacks. Yes, it is. And robots as any artificial Intelligence tools, are exposed too. Modern RPA systems employ advanced security technologies resulting from an ever-lasting competition between cybercriminals and corporate white hats. Furthermore, when it comes to software robots, they are made fault-tolerant and definitely have proper and reliable protection, thus being a good choice for any retailer. Opportunities always go hand in hand with risks and it is an innovator’s responsibility to prudently assess such risk-to-opportunity balance and adopt the best possible approach using verified data and battle-proven technology.