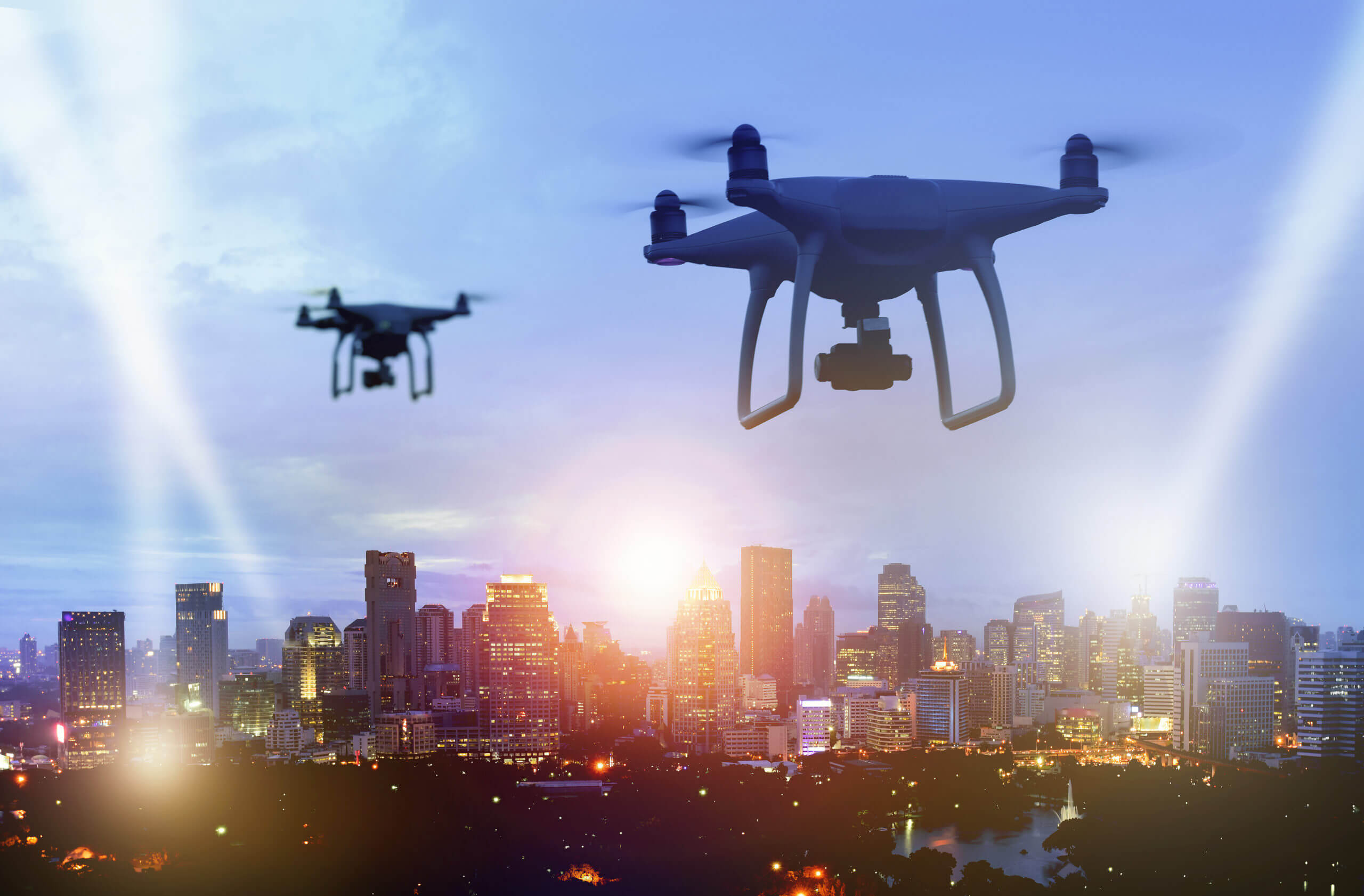 “THE DRONE ILLUSION” FROM THE ENGINEERING PERSPECTIVE

Drones are modestly sized unmanned aerial vehicles making headline news and buzzing around. They are featured in spy action movies and video games playing the role of enemy technology or helping a protagonist to outplay enemies. Either way, this stunning fictional representation lures our minds into a trap of “the drone illusion”. To pierce this veil, let’s take a look from the engineering perspective.

Engineering considers aerodynamic efficiency of a drone design and numerous factors, including the laws of nature equally applying to everyone and everything.

We need a vehicle perfectly performing functional tasks, which, in our case, takes off at once, hovers steadily, and transports cargo over long distances. We need…a helicopter. During the last 50-60 years, the appearance of all helicopters remains virtually the same, in general, there are two main aerodynamic designs. Why so? Helicopter is the proven golden standard in fuel efficiency, agility, and effective load-carrying capability. Coaxial rotor helicopters, for instance, are the most fuel-efficient. (Coaxial rotors are a pair of helicopter rotors mounted one above the other, with the same axis, but rotating in opposite directions). Such a sophisticated machine design requires not one, not a dozen, but a huge task force that includes specialists highly qualified for the job.

As for drones, they are compact, lightweight, and easy to assemble – you don’t need an engineer’s degree to make such a flying device for yourself. And let’s make it clear: all drones are aerial vehicles, but not every drone is created by professional engineers specializing in aerodynamics. The industry has a few companies engaged seriously with drone designing. Though there are many young talents bubbling with enthusiasm to write an excellent code and solve challenges and, of course, impatient to field-test it. Sometimes, a team intentionally sacrifices aerodynamic efficiency in favor of easier and faster development. However, even if they installed a software masterpiece on such a drone, its power would still be limited by design. Plenty of original ideas remain untranslated into reality without a professional engineer in a team.

Drones come in a great number of shapes and sizes, but the majority has two weaknesses:

When it comes to business tasks, people start talking about drones and fall into the trap of their own illusions about drones. It goes like this: “We want you to develop for us a drone that can…blah-blah-blah”. Is it really a good way to solve a business problem?

Let me tell you one story about agricultural business. Thirty or so years ago, small helicopters were actively used to spray the fields. Since then, their market share has been slashed, while drones’ share has increased. Back to the business task: transportation of chemicals to spray the fields. To be more or less effective, a drone has to be capable of spraying 15-20 liters per flight. Before drones, the market supplied radio-controlled helicopters carrying 15-30 liters of chemicals, thus significantly dropping the cost of treating one hectare, as compared to conventional methods. Today, an agricultural drone – a bulky and barely transportable vehicle worth of $25,000 to 30,000 USD – can carry some 15-16 liters of liquid. Just compare: a modern helicopter with the same load carrying capacity costs $10,000 USD, but it flies faster and more flexibly, and its battery works longer. Moreover, it is easy to transport – you can fold the rotors and put its body in a car trunk. This is the trap of “the drone illusion”: helicopter costs less and works better, but drones grow in demand.

“The drone illusion” hurts the industry. In fact, the existing drone design simply can’t get better, as technology evolves evenly for all aerial vehicles. Should the drone battery improve, the helicopter’s will improve too. Thus, the developers with more experienced in-house engineers will have a competitive edge.

How to avoid “the drone illusion” trap? Actually, it’s easy. Drones can effectively solve certain tasks. Take logics to a new level: don’t try to adapt drones. Start searching for the right flying vehicle and consult with an engineer. This will help you save money, avoid hassle, and expand the technological capacity. Discover the richness of technology of the 21st century.